EON Solutions is a company that specializes in helping other businesses achieve “operational excellence,” which they define as “creating a sustainable competitive advantage through operations management.”

Founded in 2005 as Phase 5 Group, a more traditional management consultancy, they have always had one major goal: to help companies improve.

For all of their success, EON Solutions had a major issue: the company sales cycle was pretty long. It was taking several months to drag each deal down the sales cycle from “opportunity” to “customer.”

Additionally, their demo-to-sale conversion rate was around three percent, and they needed to improve upon that or find other ways to get people to close. It was a good month if they got one new customer.

They needed to get more people to become contacts. More importantly, they needed those contacts to be qualified leads who are more likely to close as customers.

This way, sales could pursue the right people and not leads who are not ready to make a purchase. This slow, inefficient sales pipeline was holding their business back from growing and expanding.

EON Solutions had already identified a potential solution in the HubSpot platform and inbound marketing as a whole. In fact, when EON first came to Bluleadz for assistance with their inbound marketing efforts, they already had a lot of the basics in place – an internal copywriter, defined buyer personas, HubSpot’s enterprise inbound marketing service, workflows, and even a pillar page.

They just weren’t achieving the results they needed yet.

The Solution: Launching an Ebook as a New Lead Gen Campaign

One of the nice things about this particular client engagement was that they already had a lot of the groundwork done, which allowed our team to focus on activities that could drive value rather than lose time on setup tasks. After double-checking many of the most important inbound marketing setup documents and ensuring that any remaining gaps in our 90-day roadmap were covered, the Bluleadz team set to work.

Since EON had an in-house copywriter who specialized in operational excellence and continuous improvement, we worked with her to create new content for the EON Solutions website. She would write each blog post, and our team would review the content and apply SEO best practices to improve ranking potential of their content.

While traffic is important, they needed a lead generation campaign in place. This way, qualified visitors could convert on an offer that was relevant and helped them address a pain point. 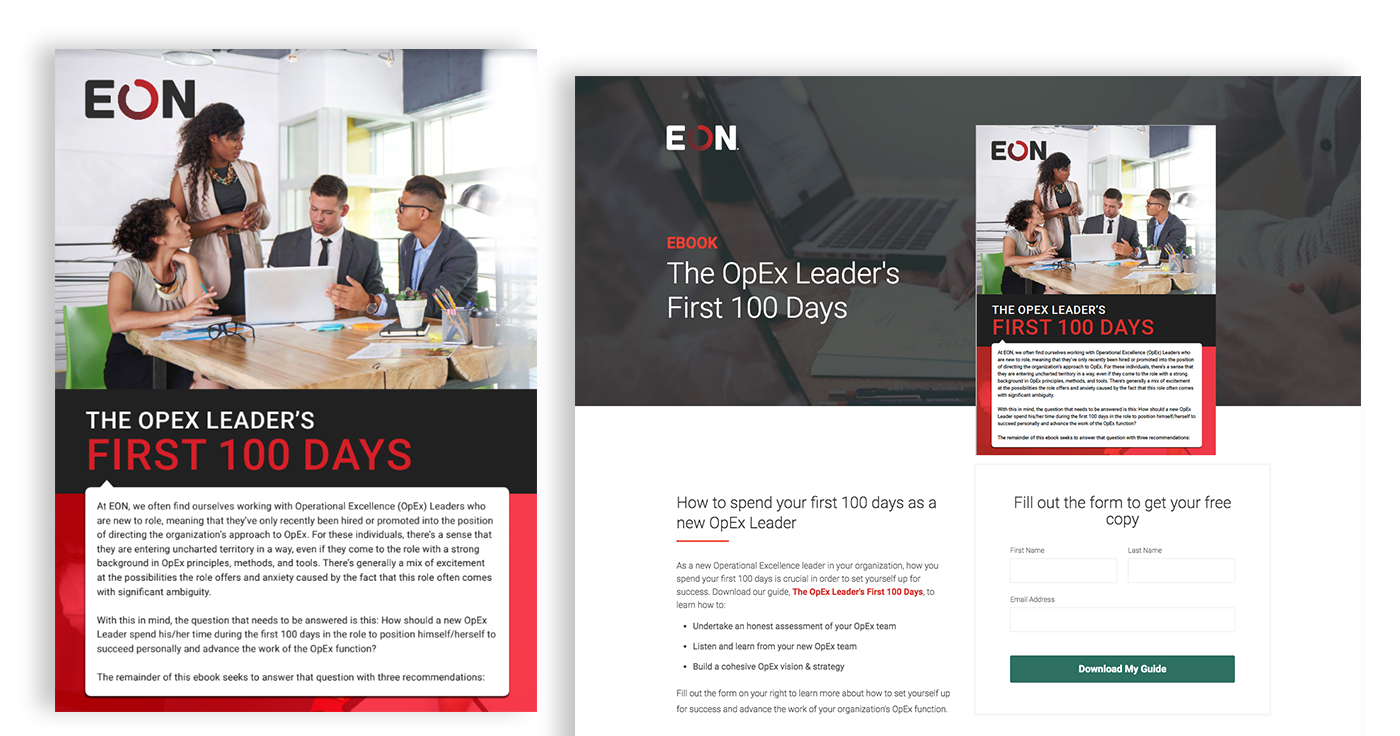 Both EON and Bluleadz collaborated on this campaign. Their internal copywriter wrote the content, while the Bluleadz team handled the various aspects of content editing, email marketing, CTA design and placement, landing page creation, and the ebook’s design.

The ebook went live in May 2018, with conversion paths added on new blog posts and older posts that were historically optimized.  The CTA was placed at the bottom of these relevant posts.

For the landing page, we ran an A/B test for two contact forms to see which performed the best.

In addition to the CTAs used in the blogs, we used HubSpot’s lead flows tool to create a few sliders and pop-up CTAs for other pages on the site to help promote the offer.

Naturally, a new workflow was also created to help promote the new content offer to existing contacts, generating additional clicks for the offer and helping to delight EON's current customers with new content.

Additional promo and workflow emails went out to other lists to help increase reach and awareness for the new content as well.

The promo email launched in support of the ebook had a click-through rate (CTR) of 16.6 percent, generating an additional 115 unique clicks that attracted more customers to the new content.

Since that effort worked out so well, the Bluleadz team created an extra workflow for customers that didn't open the initial email promo, generating an additional 97 clicks to increase the form submissions on the landing page. This extra effort had a profound impact on the success of the ebook shortly after its launch.

One month after the ebook was launched, our team gathered data for both variations of the landing page contact forms.

Variation A Stats: Variation B Stats:

In addition to the landing page, the lead flow gathered 1,550 total views and had a conversion rate of 2.65 percent, generating an additional 41 contacts.

All told, this one campaign generated 174 new contacts in a single month — making up 78.7 percent of the client’s Q2 contacts and busting their goal of 117 new contacts in Q2 by itself. 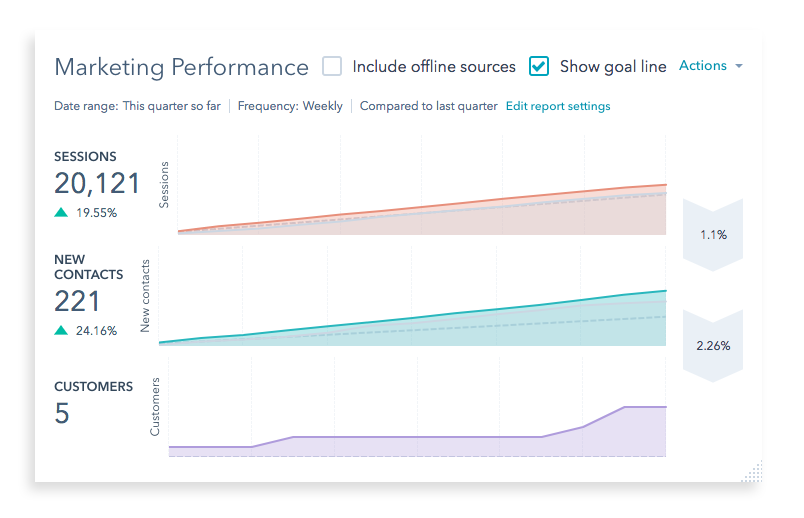 Based on our points-based system, our team calculated that the cost of the campaign reached $1,800, so the cost per lead was $10.34.

In summary, within a month of the ebook campaign, our team boosted their contacts and delivered new high quality leads to EON's sales team. The following month, they closed three new customers, which is three times what they normally close each month.

This campaign is just one example of how inbound marketing is effective in driving business results. Through consistent inbound efforts, like blogging, lead generation campaigns, and email marketing, there is even more potential for growth.

Pick a Time and Let's Chat!

Let’s chat to see how we can make that happen!

Fill out the form below and schedule a meeting!