The psychology behind logo design is about much more than simply picking a strong font and the right color palette.

Shapes can play a major role in how a logo is perceived. For example, circular shapes convey energy and harmony while triangles project an image of strength.

Rectangular and square shaped logos tend to convey ideas of trustworthiness, stability and order thanks to their strong right angles. It you're in the process of designing or redesigning your corporate logo, square logos can project the right values to your potential customers.

The best way to gain inspiration for your design is to seek out and study the square logos of successful companies. One element you'll notice that is characteristic of square logo design is the use of positive and negative space as a central design element.

To get you started down the road to inspiration, here are 15 excellent examples of square logos to check out!

BBC's logo is the perfect example of a square logo that conveys trustworthiness and stability. It's also a great example of the use of positive and negative space. It has two variations; bold white letters in black boxes, or thin black letters in a white box.

Facebook's logo is one of the most recognizable square logos on the Internet. A simple stylized “F” in a blue square. The truth is, tech companies love the square logo as it's easiest to scale up and works on any device or media. 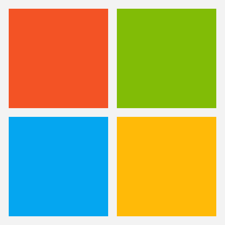 Cartoon Network's logo is a white “C” in a black box with a black, squared off bold “N” sitting next to it to form a rectangle. Another excellent example of using positive and negative space.

The GM “blue block” logo was used for many years. In 2010, the logo was “modernized” and the blue block was removed, but the lettering still subliminally implies a square.

In some form, the LEGO square logo has been in use since the company's founding in 1932. It's design almost looks like a box you'd find one of their toys in. It's most recent update occurred in 1998.

National Geographic uses a yellow rectangle with their name as their logo. The rectangle represents a photo frame and the color yellow represents the sun and is also associated with knowledge and wisdom. The perfect logo for this environmental journal.

When Home Depot started the company painted their signs on bright orange circus tent canvas. As the company grew and expanded, orange become the corporate color and is used in their square logo along with their name.

Orange stimulates activity and is often associated with affordability. The perfect color for this home improvement superstore.

Instagram has two distinctive logos. First is the instagram “script” logo. The second is used as the logo for their app and is an orange square with rounded corners and a stylized camera presented in the square. 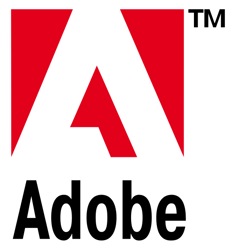 Adobe's stylized red and white “A” square is one of the most recognizable logos among tech users.

It's an excellent example of using negative space and the color red is associated ith strength and power. Implying that Adobe unleashes the power of design!

American Express has used their blue square logo for years and it's one of the most recognized square logos in the world. The minimalist design creates an honest and easily recognizable visual identity.

It's simple blue and white color scheme consists of a blue square with reverse white lettering. It has gone through some changes in recent years and the “American Express” in the logo was replaced with “AmEx” in its most recent design.

While circles are the most common shape found in nature, squares are predominantly found in mand-made objects like buildings . The square shape can make a strong recognizable logo for any company.

It represents sturdiness and organization. It's a another shape that is almost built into our DNA. It's instantly recognizable, and all around us.

Square logos can communicate a message of trust and structure and is an elemental shape that can become an iconic symbol for any company.

These 12 examples are a good place to start your own design research. Use them as a staring point for your own inspired design!