Community Marketing: What It Is and How These 4 Comedians Nail It

No matter what world your company lives in, you're going to need to focus on building a community base.

This is your group of avid fans who don't just love your products and services. They also love how you serve your customers and share interests with the rest of the community of fans.

There are plenty of benefits B2B companies can enjoy by building a strong community.

Frederick Reichheld of Bain & Company conducted research and found that increasing customer retention rates by 5% increases profits by 25% to 95%. So, by continually engaging and delighting your customers, you can significantly drive your profits.

It Gets Easier and Costs Less Over Time.

Building a community certainly won't happen overnight. Just like anything in marketing, like SEO and PPC, community marketing takes a lot of time upfront. But, as you grow your base, you create more opportunities for generating continuous revenue streams with delighted customers.

By building, monitoring, and engaging with your community, you can stay in the loop on what your current base is saying about your brand, your products and services, and any company news.

This is why the flywheel framework, which was recently introduced by HubSpot, is the future of marketing. Your customer should be at the center of everything your company does, and you need to focus on continually delighting those customers and building a community of advocates.

And B2B marketers can learn a lot about community-based marketing from an unlikely source.

We are in the golden age of stand-up comedy. Netflix alone released dozens of stand-up specials just in 2018.

Successful comedians aren't just great at writing jokes and performing on stage. They also know how to brand themselves and build enthusiastic audiences. While the entertainment industry is unique, the B2B world can apply plenty of similar strategies and tactics being used by some of the funniest people in the business.

Here are four comedians who know how to build a community and how you can apply their tactics to your strategy:

Joe Rogan is a true professional on many levels. While he plays a big role in the UFC community, he started out as a stand up and continues to thrive in both worlds. Most notably, he's established himself as one of the best podcasters and interviewers of late. His podcast, The Joe Rogan Experience, is a long form conversation that earns over 30 million downloads per month.

He built a huge audience with his UFC following, his stand-up comedy fans, and now with podcast listeners. His appeal reaches far and wide, thanks in large part to his selection of guests, who come from all areas in entertainment, art, MMA, and much more. He even interviews controversial figures like Alex Jones.

Takeaway: While Rogan is certainly a jack of all trades, he's doubled down on his podcast, producing several episodes each week. He's excellent at making guests feel comfortable and open up.

Focus on mastering a skill that you can use in various aspects of your community marketing. For example, if you're good at hosting live social media events, use this strength in your strategy to get the most out of your efforts.

With several comedy specials out and a few lead roles on network TV shows like Whitney and Undateable, Chris D’Elia established himself as a strong comedic voice.

When he launched his podcast, Congratulations, his social media following exploded. But it's not just the steam-of-consciousness delivery he uses in his podcast that makes him stand out. It's the narrative he built around his community that is noteworthy. Shortly after launching Congratulations, he explained to his listeners that the project was intended to build his cult.

This messaging extended outside his podcast cult and into his stand-up brand. He called his 2018 tour Follow the Leader. And his community loves it.

They even use their own nomenclature as defined by their fearless leader. He even added a glossary to his podcast website.

The audience feels like they’re in an exclusive club, and the theme of building a cult makes it fun. He publicly praises his fans who go above and beyond on the podcast and elevates their cult status to an "elder." They receive a signed certificate of eldership and a pin from D'Elia himself.

Takeaway: Don't just promote events and offerings. Instead, you should be participating with the masses. It shows your audience that you're accessible and adds a human element to what can otherwise feel very stuffy and formal.

Share and engage with your audience, and publicly praise your biggest advocates. This generates excitement and keeps your community coming back for more.

Their previous tenure as hosts of ESPN Classic’s Cheap Seats and their appearances on several other sports broadcasts built a big following with sports fans. Similar to Rogan, their appeal crosses lines and speaks not just to comedy fans but sports fans as well.

The Sklar Brothers bring their witty comedic stylings to podcast listeners in several productions. View from the Cheap Seats is where they discuss sports news and chat with guests. Sklarbro Country was another podcast that centered on sports and pop culture and included comedians as guests. In their newest project, Dumb People Town, they co-host with fellow comedian Daniel Van Kirk and bring on guests to dissect funny news stories.

To put it simply, they know their audience really well and are strategic about what kind of content appeals to which segment of their following.

Takeaway: Diversify your content offerings to appeal to each segment of your community. In other words, if you're working in different verticals, look for ways to engage your followers within each vertical.

Also, conduct research to better understand where your audiences are and think of where they will follow you. For example, your metrics show that your followers on Facebook have high levels of engagement on YouTube. Consider conducting a video content strategy to reach them in that platform as well.

Never Not Funny is one of the first podcasts to hit the scene. Comedian Jimmy Pardo and co-host/producer Matt Belknap launched it way back in 2006, years before podcasts would enter the mainstream.

Their continued success is earned by their ability to evolve with the times. In 2008, they introduced a pay wall so listeners had to pay a subscription fee to access full episodes. But by 2014, they knew they had to change their strategy. As more free comedy podcasts were popping up, they shifted their business model. Now they offer a free option as well as exclusive content behind a pay wall.

How have they survived in the podcast golden age? Aside from putting out hilarious content and continually engaging with their fans on air by opening fan mail and occasionally taking fan calls, they did what every B2B marketer must do.

Takeaway: Prepare to adapt when your target audience behaviors evolve and when your industry undergoes major changes. One of the best ways to be adaptable is staying informed on the trends within your industry.

Subscribe to blogs, listen to podcasts, and follow thought leaders and influencers on social media. With the right insights, you can stay ahead of the curve. 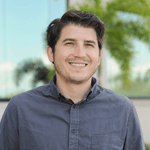 I am a Content Manager at Bluleadz. I enjoy spending time outdoors -- camping, hiking, hammocking, and everything in between. I also love reading, writing, and learning how to play guitar.