If you’re a start-up or mid-sized company looking to rebrand, get a new website designed and developed, or just looking to make some updates to an already existing website, you’ve probably asked yourself, should I hire a freelance designer/developer, or just hire an actual agency?

What are the benefits of getting an agency, when I could pay a freelance designer that could probably do just as good of a job for less than a third of the price?

Here are a few pros and cons to consider before making that final decision.

People, including business, are generally skeptical about spending money online because of several obvious reasons. But, in this case, the bigger question is: “Will I be getting my money's worth?”

When hiring a freelancer, there’s usually no way to tell who you are actually working with. Some of the more popular questions asked are “Can I trust this person enough to give them access to the back-end of my company’s website?”

What if they leave some sort of bug on my website that doesn’t start acting up until 3 or even 6 months down the road after the project ended and they’ve been paid?

At that point, who do I call, and how would I go about getting my website fixed without paying hundreds of dollars?

Now, while those are real concerns for clients, freelancers are asking similar questions. For example, “Will I be paid for the work?” What if the client you’re working with took the idea of your work and finds someone else to do it for far less?

The cycle never ends. At some point, both parties just give up and take a chance with one another and hope for the best.

When working with an agency, there’s usually an additional level of professionalism involved, which brings about a level of ease when it comes to trust between both parties.

If, for whatever reason, either party wanted to contact the other 6 months down the road, they know exactly where to find each other. And, yes, it is still possible that the developer from an agency could plant a bug in your website, but it is very unlikely. If it were to be the case, then at least you know who to blame and where to reach them.

Now, there are companies you can work with, such as Upwork, that will try to help to put your mind at ease when it comes to these negative possible circumstances.

However, there will always be a level of discomfort until you start getting comfortable with individuals after working with them for so many years.

The number one reason to hire a freelancer in almost any industry is cost. You can pay a freelancer half of what you would an agency for the same job.

In fact, there are hundreds of websites that will even have you, the client, put out a bid on a project so you can get the best deal (price deal that is, not quality).

The best part about working with these guys is you never have to worry about them asking for time-off or worry about additional benefits such as insurance, office space, etc.

Since an agency has a team that’s dedicated to the completion of your project, their prices tend to be a lot higher. Not just that, but they also have to keep in mind office space, insurance, etc.

If you work with an agency that only has 1-2 designers/developers, and one or both designer/developers go on vacation, then your project just got pushed back a week or so.

It’s not like you can just have someone else do it, since you’ve already invested and possibly signed a contract with that agency.

An agency has a team dedicated to the completion of your project. Because of this, you can generally be assured that your project will have the quality and professionalism you’ve paid for.

Now, this isn’t necessarily true for all agencies. You might work with one agency and wish you’d taken the chance with a freelancer, because you would have gotten more or less the same from them for a third of the price. However, with a bigger/growing agency, they usually have internal reviews of each project prior to it reaching you: the client.

One of the biggest concerns for any agency is customer reviews. These reviews help the agency establish credibility and attract new customers.

Without strong reviews, their company might never truly grow into what they hoped it would be, so, it’s generally in their best interest to ensure quality on all projects.

Some, if not most, freelancers have an additional job; your job is just project work or a way of bringing in extra cash for them. They have no real investment in whether or not the project is done at its best quality.

In fact, one common issue you’ll find with most projects, and agencies are also guilty of this, is that it’s incredibly difficult to properly scope.

If you’re working with a freelancer who doesn’t share your passion for quality work and they find that the project is going well over scope (and this isn’t because of multiple revisions, but rather because they didn’t properly scope the project), then they will either stop in the middle of the project or just give you a generic product.

Since this article's main focus are the pros and cons of hiring an agency for design/development work vs. working with a freelancer, i’m not going to dive too deeply into this.

However, another benefit of hiring an agency is that they’re usually a one-stop-shop, meaning they don’t just have a team of designers/developers, but rather a full marketing team that includes copywriters, etc. As a company, you can pull in any talent needed to further your marketing effort.

What I mentioned above are only a few of the more popular questions about hiring a freelancer vs. an agency. I know I didn’t exactly state my opinion on which is the better route, and that is because both are circumstantial at best. In fact, you could hire someone internally and get pretty much the same.

There are trustworthy freelancers who will give you the best quality they can produce, even though this is just a side project for them; the opposite is also true for agencies.

My opinion is, if you’re a small company looking for a simple one-off project, such as designing/building a page or two, or even going through a rebrand, then freelancing is probably your best bet.

However, if you’re a large-to medium-size company looking to ensure that your work is backed by a team of professionals, then you’re probably better off hiring an agency. 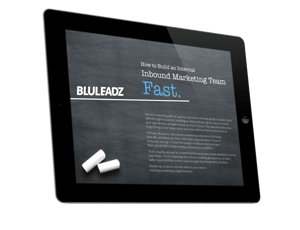 Ready to Start Building Your Own Inbound Marketing Team?

Our Free Ebook Will Teach You All the Necessary Steps to Get it Done Fast! 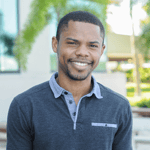 I've been with Bluleadz since 2016. I work closely with our marketing/sales team to brainstorm marketing strategies to make everything look pixel-perfect. I’m a curious person at heart and jump to every opportunity to learn something new or take on a challenge.

12 Mobile Optimization Best Practices for Boosting Your Mobile Site Speed
SendGrid vs. HubSpot: Which of These Email Tools Will Drive Results?
9 Startup Marketing Strategies That Drive Leads and Keep You Under Budget (+ Examples)