How to Apply Amazon's Business Practices to Your Own Small Business

Your business may not ever be as large or prolific as Amazon, but there are still numerous lessons you can learn from the e-commerce giant. Keep reading to discover some of them and how to incorporate them into your operations.

Stop Having Meetings With the Entire Company at Once

We’ve all been part of meetings that seem like they'll never end. Often, the gatherings become so lengthy because people chime in with input even if the topics don't relate to those individuals' jobs. Amazon's CEO Jeff Bezos instituted what he calls the two-pizza rule. He won't plan meetings or even attend them unless two pizzas would be enough to feed the entire group.

His mentality is that meetings with too many attendees often go on too long and aren't sufficiently productive. When there are fewer people present, it's easier to focus on the most relevant topics and only get feedback from the individuals who are the primary participants in a project.

With that in mind, ask yourself if it's necessary to have all hands on deck during a meeting. If not, get more specific when determining which team members need to contribute.

Don’t Be Afraid to Search for Cost-Effective Solutions

It's hard to imagine it now, but there was a time when Amazon was strapped for cash and Bezos got creative when furnishing the workspace for his employees. One of his ideas was by creating desks out of doors. Bezos went to Home Depot, discovered that doors were cheaper than desks and realized he could build them out of doors for an overall price that was less than buying pre-made office furniture.

Decades later, some of the company's employees still use modern versions of those original options. You can follow this example by perpetually asking yourself whether there are ways to cut costs with creative thinking. Before investing in something because it's what people typically do, investigate possibilities for achieving the same results with something that costs less.

One of Amazon's most obvious strengths is its ability to provide personalized marketing content for consumers. It tracks customer behaviors, including the things people buy and uses that data to make suggestions about what to purchase during future visits. Amazon also divides its massive user base into segments based on shared characteristics.

If your budget doesn't allow for doing a significant amount of personalization yet, try the segmented approach. For example, you might send all site users who searched for shoes at your e-commerce store a newsletter promoting a sale on athletic footwear.

You've probably heard about the cities all over the U.S that are trying to attract Amazon's attention and convince the company to build their second headquarters there. The e-commerce business recently picked 20 finalists, and representatives from those cities now have the daunting task of figuring out the logistics associated with what to do if they're victorious.

Amazon hasn't revealed precisely how it created the shortlist for its second headquarters, but data certainly played a significant role. Executives likely looked at factors such as local transportation routes, economic development practices and the population of each market.

If you're thinking about expanding into a new market, you can do something similar and use mapping software to filter cities according to population data. This will give you insight into the pool of potential customers and the size of the labor market, which will help you to determine whether a move would be worthwhile.

Regardless of the size or type of business you have, being content with your current status and not making improvements could lead to dangerous consequences. At best, it could mean that your company misses out on profitable opportunities. On the other end of the spectrum, failure to innovate could lead to your venture getting lost in a sea of competitors.

Amazon has a dedicated innovation lab, which is responsible for coming up with both the Kindle and Echo. Both of those gadgets played a role in helping Amazon, which started out selling physical books, evolve into the technology powerhouse it is today.

If it feels like your business practices have become stagnant, it's time to take a close look at your operations and figure out how to improve and modernize them. However, it's even better to take a continual approach to innovation.

Instead of waiting until it's obvious you're using outdated methods, periodically do assessments of every part of your business to see if there's room for improvement.

Amazon has turned convenience into a mega moneymaker. Its popular Prime service offers expedited shipping for eligible products after subscribers pay an annual fee. In some markets, it's possible to get items delivered to your doorstep in mere hours.

Don't feel like going grocery shopping? With AmazonFresh, you can get brand-name items and merchandise from local markets without ever leaving your couch. There's also an Amazon Family service that gives Prime subscribers discounts when they sign up for ongoing deliveries of necessities like baby food and diapers. The company even created Amazon Go, a brick-and-mortar convenience store that detects the items people buy and bills them for the merchandise later.

Are there perks you could offer your customers to make their lives easier? If they're willing to pay for them, you might find ways to boost your profits.

Even if your convenience-oriented strategies don't directly result in a better bottom line, keep in mind that people like patronizing places where they have enjoyable shopping experiences. Amazon is popular because it offers a user-friendly way to shop through features like search term predictions that populate while you type and stored payment methods that let you make purchases with one click.

After digesting these valuable lessons, it should be easier to determine how to apply them to your establishment. Take inspiration from Amazon, consider the additional tips provided and use both to enhance your business. 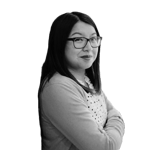 Lexie Lu is a freelance graphic designer and blogger. She keeps up with the latest design news and always has some coffee in close proximity. She writes on Design Roast and can be followed on Twitter @lexieludesigner.