Success is worth seeking and fighting for – but it rarely comes easy, no matter who you are.

Even the greatest success stories include hardship, setbacks, and dark times. Iconic leaders whose works shape our world today all had days when they looked defeat in the face. Likewise, they had moments when they could have compromised on their dreams.

If you feel like giving up, these success quotes can put you back on the road to success.

Oprah Winfrey is one of the most influential women in the world today and has an amazing story. She overcame poverty and abuse to climb through the ranks of radio and television with her passionate oratory – finally inking an agreement for The Oprah Winfrey Show in 1986.

This is an important quote because, if Ms. Winfrey is right, it means you can make your own luck.

You don’t have to wait around for the time to be right or the stars to align: Pick a goal and take whatever concrete steps you can to get closer. For many marketers, that will mean beefing up their skills by choosing new tools or techniques to get familiar with.

From humble beginnings on the family farm, Walt Disney climbed his way up from newspaper cartoons to marketing and advertising (yes!) before finding his niche. His animation studio was wildly successful before he turned his sights on creating the world’s greatest amusement park.

The difference in winning and losing is most often not quitting.
source: Entrepreneur

When we feel defeated, we most often want to retreat. It’s natural to feel this, but we need to look past it. Doing less and making less of ourselves won’t make future successes more likely.

On the contrary, giving up means putting aside the possibility that success is just around the corner. When you feel you’ve “failed,” you’ve already done much of the work to create success.

John Paul DeJoria is the visionary behind the Paul Mitchell hair product line (not to mention Patron Tequila, for a time.) A first generation American, he overcame discrimination and was homeless for a time before his product line, originally sold out of his own car, took off.

Remember as long as you live, there will be someone in more need than you.
source: Forbes

In life, we’re not done until there’s nothing left that we can give to other people. Marketers and advertisers seek to show people a path to solve their pressing problems.

In a well-run business, everyone works together to create something of value. There’ll always be someone else in need, and always reasons to be thankful for the tools and time you have. Make the most of them.

The story of how Steve Jobs was fired from his own company before leading a triumphant return is ubiquitous in business circles. After facing that challenge, he delivered innovative products that catapulted Apple to become one of the most successful technology companies in history.

The most precious resource we all have is time.
source: Inc.

This is one of those success quotes that hits you in the head. Yes, we all need time to process our experiences – especially our failures. But the time to pick yourself up and move forward arrives fast.

Stop only as long as it takes you to look back and draw some conclusions. Don’t wait for an ironclad lesson. Choose to invest your time wisely by moving forward, not getting stuck in a rut.

Founding Father Benjamin Franklin may be the smartest guy who didn’t end up president. A brilliant scientist, engineer, mathematician, and linguist – among others – his writings and work in the public sphere helped to define some of the early American spirit.

No gains without pains.
source: The Franklin Institute

Yes, this iconic quote – which you’ve probably heard spoken around and about the gym dozens of times – actually comes from Poor Richard’s Almanac all the way back in 1745.

It can refer to the rigorous work of self-improvement, of course, but there’s more. There are few things more painful than feeling like you’ve failed, but each setback sparks opportunities to better yourself. 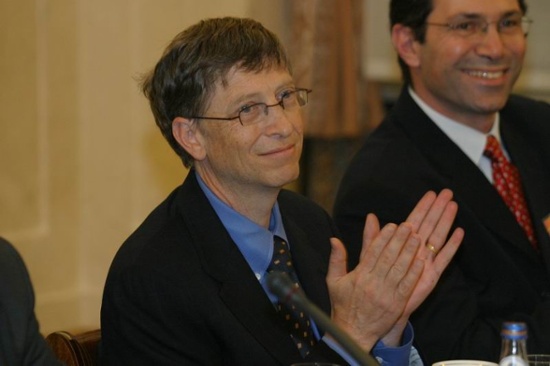 More than any other one person, Bill Gates can be held responsible for how desktop computers developed and spread in the United States. Yes, Windows has been the butt of jokes over the years, but tech has only just begun to move beyond the core assumptions it codified.

This nugget, from the same guy who once quipped “success is a louse teacher,” puts defeat in its proper context.

Some of history’s greatest successes, including inventors like Edison, had to try hundreds of times before they reached their goals. They did not see each failed experiment as a setback, but a valued data point. It may be that you simply need to reward your risk taking.

This Japanese coder and business leader guided Nintendo into the 2000s as its fourth president, beginning his tenure in 2002. Building on Nintendo’s imaginative approach to gaming, he innovated habitually, differentiating the brand and paving the way for the hit Nintendo Switch.

We do not run from risk. We run to it.
source: IGN

Nintendo laid the foundation for what gaming is today, but Satoru Iwata was never satisfied to do things the way they’d always been done. He pushed for products that bring gamers of all ages into a totally new relationship with the brand and its hardware.

By doing so, he reinvigorated Nintendo for a new generation. The question: Where are the worthy risks you could be taking?

What are your favorite success quotes? Share them below.