Humble Leadership Drives Companies. Learn From the Best of the Best

Leadership is a complex undertaking that requires more skills than most recognize. The Harvard Business Review put together some of the top qualities as ranked by global leaders:

It may not be openly obvious, but many top ranking qualities go hand in hand with humility in a sort of umbrella effect. Considering these traits, it’s no wonder that some of the world’s greatest trail blazers are humble leaders.

The Definition of Humility

Humility is defined simply as having a modest perception of your own sense of importance.

While it might feel somewhat counter intuitive to say good leaders are modest when you think of Elon Musk, Steve Jobs, and other inspiring leaders, the role of humility in leadership affects so many important aspects of the job.

The Importance of Humility in Leadership

There’s actual evidence showing how effective humble leadership is. In fact, a 2015 survey found that humility in CEOs yielded higher performing leadership teams, more flexibility in strategizing, and an overall boost in collaboration.

Humble Leaders Seek Input From Everyone.

They aren’t stuck in their own ways and dependent on their own ideas. They crave input from employees at all levels. They eat constructive feedback for breakfast.

Being able to seek outside opinions, ask “how can I improve here?”, and then actually heed the advice offered takes a great deal of humility. And that makes a big impact on the team as a whole.

They walk the walk and, therefore, demonstrate to lower level management teams what humility in action can really do. Leading by example is important since humility is often mistaken for appearing weak or lesser than.

A leader that is respected can demonstrate what humility truly is and enforce that ideology.

When they screw up, they publicly hold themselves accountable. They’ll take full ownership and strive to correct the course, rather than passing the buck and hiding behind their title.

Think about it. You likely hold a great deal of respect toward those who can humble themselves and own up to their flounders.

They aren’t know-it-alls and will be the first to say it. They happily accept they’re not the smartest in the room.

Actually, they’re happy not to be! It’s a sign that they can build teams where they know and encourage each person’s unique strengths. A good leader knows how to surround themselves with people who make up for their weaknesses.

A truly humble leader is genuine with every person at every level. They believe that disposing pretenses and airs allows for real trust and collaboration within a team, which will ultimately drive the team to success.

These are leaders who will make decisions that are in line with their values and goals because it’s what they believe in.

Some of the most influential thinkers in the world have expressed the power a sense of humility can have. Here are some of the most popular, impactful quotes about humility:

There are plenty more to read, analyze, and digest at BrainyQuote.

Humility can positively impact so many facets of life. In regards to leadership, the worlds of business, sports, entertainment, and everything in between have all seen their share of positive influences. Here are some successful leaders who have shown a sense of self-effacement:

The well known Zappos CEO has invested a great deal of his own profits into building up Las Vegas’ tech community. According to those close to him, he lives under his means, maintaining a lifestyle similar to before his great successes. Not many multi-millionaires live in trailer parks.

The co-founder of Moz, formerly SEOmoz, made his performance review public to the world in a gesture of transparency. Following suit, the company has its funding deck, successes, and failures available for viewing in hopes that others can learn from their experiences. Fishkin has set the bar pretty high for authenticity.

Green is known for giving much of his wealth to charity. The Hobby Lobby founder has said that he wants to be remembered more for his good works and influence than his business empire, and he’s keeping true to his word. He even flies economy class when he travels. 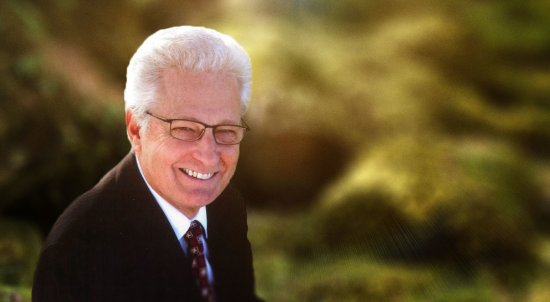 He has given away most of the money he has made from co-founding Duty-Free Shoppers Group and lives a truly modest life. He strives to live like an average American. Feeney has shared, “I had one idea that never changed in my mind—that you should use your wealth to help people. I try to live a normal life, the way I grew up.

The Dutch Prime Minister rides his bike to work everyday despite his title. He also offers his time to teach in a school once a week. When talking about teaching humility at every level, Rutte is an excellent example.

The influence he has on his nation works as an excellent platform to show the importance of working for and with your community. He’s also not afraid to take credit for embarrassing moments. When visiting the Ministry of Health, he spilled a cup of coffee and mopped it up himself. 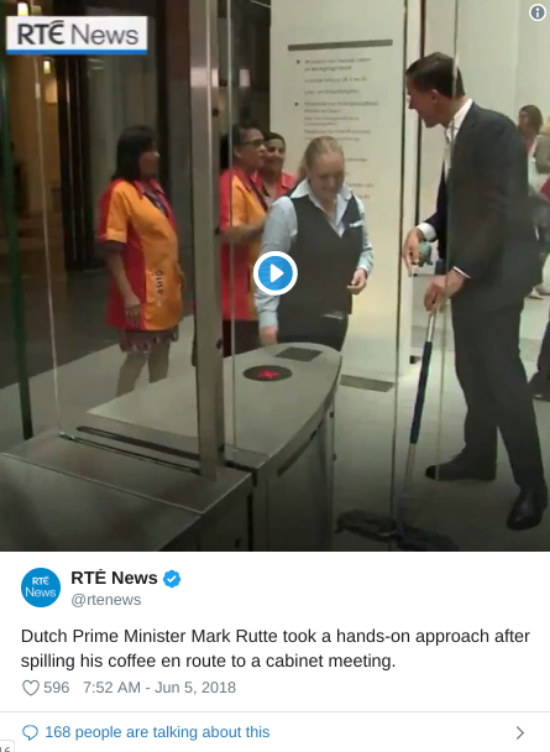 The renowned CEO and chairman of Berkshire Hathaway drives a $45,000 Cadillac and lives in his $30,000 home, despite being a multi-billionaire. He also consistently donates to various charitable foundations.

You don’t have to be an old millionaire donating thousands a day or a politician with a sense of humor to be seen as a humble player on the table. Modesty can be found at the lowest level of the chain. But it’s the leaders who practice humility that bring their organizations to great heights.

How to Cultivate Humility

It’s actually not too far a stretch to learn and develop this virtue. Here are some tips on practicing humility:

Pay attention to what the other person is saying closely. Focus on hearing their complete message without getting distracted or bored.

It sounds a lot harder than it is, but the goal is to bring intention to your day. Take a few minutes at the start of your day, before you let your mind get too busy, and focus on being in a present frame of mind. Practice this in short intervals throughout your day.

Ask employees what they think about your leadership style, no matter their level. Not only does this enable you to improve your own skills and be mindful of your team, but it gives those under you an opportunity to express their thoughts and concerns. They’ll appreciate a leader who is willing and wanting to hear them out.

This is probably the most difficult to achieve consistently, but it's definitely the biggest factor. Learning how to appreciate everything, big and small, will set the foundation for each of the skills above. Gratitude makes a person more open to their surroundings and the challenges they may face. It makes you happier, and everyone around you will notice.

Humility: The Foundation of Elite Leadership

Even if you aren’t that impressed with all of the inspiring quotes and successful millionaires, no one can really argue that possessing a sense of modesty will work against you. What’s the downside?

Humble leaders can drive business growth and really make a mark on their team. When you learn from the best, you’re well equipped to join the club of elite leaders.