How to Build a Company Culture to Encourage Ownership of Failure

I studied criminal justice with the intent of attending law school. Now, I'm the CEO of a growing inbound agency.

This is not necessarily a linear path. In fact, as you can see by my educational background, I had to learn everything I know about digital marketing while actually doing digital marketing.

And, as with all forms of self-education, I made my mistakes and experienced failure.

Failure is an inherent part of any business or professional endeavor. This is evident in the sheer number of failed businesses – 90% of the new startups fail.

There are plenty of amazing quotes that highlight the importance of failure:

And since we focus on encouraging employees to grow personally and professionally, we expect failures.

And you should too.

Your team deserves a supportive company culture where they feel supported and, more importantly, comfortable with talking about their failures with leadership.

Defining Failure In Your Company Culture

Fostering a comfortable company culture starts at the top. Senior leadership needs to send a clear message: Failure is a stepping stone to learning.

Show confidence in taking ownership of your mistakes to model how you want employees to act. Your employees should feel independent and take ownership of their role.

The best way to give them this sense of comfort is by emphasizing their job security. If they fear being fired, they’re more likely to stick to their comfort zone and less likely to push limits. And in the business world, if you're not evolving, you're being left behind.

But make sure you give a clear definition of what failure looks like in your company culture. Your employees should not experience failure through malicious intent or lack of responsibility.

They should make mistakes for the right reasons – by trying to innovate and be creative in their daily tasks. If they're learning new tactics and putting them into practice, they might fall short of goals and experience a setback.

Ultimately, you want employees to feel comfortable taking shots and potentially missing. But they should learn from these mistakes and grow. And they also need to know what taking ownership looks like and how to present their failures to you.

One of the most influential Harvard Business Review articles was published in 1974. It paints an interesting picture, highlighting the importance of employees taking ownership and presenting their failures to leadership in a productive manner.

A lower level employee bumps into a manager in the hall. The employee tells the manager about a problem, then they part ways. The article reads:

“Let us analyze what just happened. Before the two of them met, on whose back was the “monkey”? The subordinate’s. After they parted, on whose back was it? The manager’s. Subordinate-imposed time begins the moment a monkey successfully leaps from the back of a subordinate to the back of his or her superior and does not end until the monkey is returned to its proper owner for care and feeding.

I don’t want employees to come to me with a failure or setback without any solutions. This is how my office gets filled with monkeys.

A monkey filled office is a byproduct of an enablement environment. If you continue inviting monkeys to stay in your office by solving your employees’ problems, you’re enabling bad habits and teaching them that this practice is fine.

You want employees to come with clear solutions.

Instead of my employees coming to me and saying that their client went over budget, I want to teach them how to present the issue and offer a few ideas. There are many circumstances that call for leadership to make the final decision, but your staff should be doing the legwork and at least start offering some solutions.

To make ownership a part of your company culture, you need to build it into your core values.

We live and breathe our core values, one of which is "take ownership." They dictate how we operate on a daily basis, which is why we also use them to assess candidates during the recruiting process.

Your screening process is your best tool for ensuring you're hiring the right people who will take ownership for their failures and mistakes.

We often ask how candidates handle a mistake. This sheds light on how they react to problems. Some people respond by suggesting they would not talk about their mistakes and try to keep it from leadership, which means they're clearly not a good fit.

But you have to be understand that aspects of corporate America can breed those cover-your-ass types of people and foster that bad mentality. And it can be a challenge for these candidates to unlearn these bad habits.

To avoid hiring bad cultural fits, bring in people from your team to sit in and interview each candidate. Find a talent manager who can help you build an awesome team.

When your company culture makes your staff feel safe to speak up, you're building an awesome team of risk takers and go-getters who are self-reliant and embrace both their successes and failures.

Prepare for failure. It's the space where innovation is born. 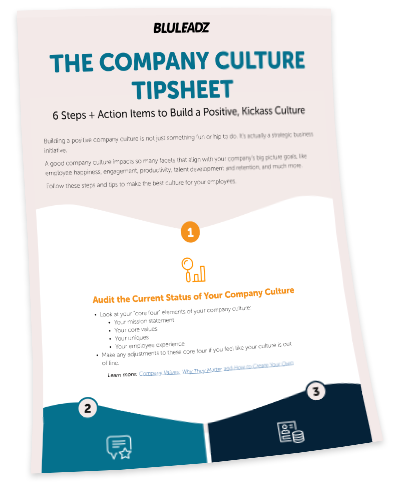 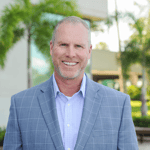