The Top 10 Most Inspirational Speeches of All Time

The Most Inspirational Speeches of All Time

Being motivated at work and in life is crucial for your performance. This is true when you have an approaching deadline, an important meeting, or customers depending on you.

Here are 10 of the best inspirational speeches to inspire you and keep you moving forward!

It's well known that J.K. Rowling's famous Harry Potter series was turned down by several publishers before it was finally accepted. But before her success, she was in a dire situation and was on the brink of bankruptcy.

Despite constant rejection, she kept trying and finally her efforts paid off. Her Harvard speech delivered some valuable life lessons about not fearing failure and persevering no matter how bad things get.

Actor/Comedian Jim Carrey gave one of the most unique and emotional commencement speeches ever at Maharishi University in Iowa.

In his speech, he offered the students powerful and inspiring words about life, the future, and urged them never to settle for anything less than what they want. His message: never give up and follow your dreams!

This is one of the greatest inspirational speeches! In his commencement speech, Jobs discussed how he dropped out of college after six months, then took another 18 months to figure out what his life's work would be. He quit college because his parents were struggling financially and he couldn't see the value in an education that was draining his parents life savings.

His speech talked of the setbacks in life, including death, and how being aware of death can help you make better choices in life. At the time, Jobs was dying of pancreatic cancer and his inspirational words on the importance of acquiring knowledge and following your dreams was the best life lesson he could bestow upon the graduates.

4. Al Pacino – Any Given Sunday

This movie features an inspirational speech about how even the simplest things can inch you closer to your dream. Pacino's speech motivated the players on his football team to do whatever it takes to win. The takeaway? The little things you do every day will lead you to success.

Tony Robbins is one of the most famous motivational speakers around. ThisTED talk is particularly inspirational. It's topic, “Why We Do What We Do,” asks two key questions; What drives you? What motivates you to do your daily tasks? By asking these questions, we're able to explore ourselves and appreciate others. The takeaway? We are our own path to success!

6. Will Smith – The Pursuit of Happiness

Considered one of the best motivational speeches in film, this scene starts with Smith and his son playing basketball. When his son shouts “I'm going pro,” Smith decides to try and temper his son's expectations, telling him he never excelled at basketball, so he shouldn't expect to.

His son is visibly disappointed, and Smith launches into his speech proclaiming, “Don't ever let somebody tell you that you can't do something, not even me.” He tells his son, “You got a dream, you gotta protect it. You want something, go get it. Period.”

McConaughey delivered some pertinent points in his speech to the graduating class, but the one that really stuck out was "joy being a constant approach." He said, ”Joy is always in process, it's always under construction."

He spoke of how he takes everything one step at a time when he's making a film, and how when he truly enjoys his craft, things just fall into place. The takeaway? “Define success for yourself.” Figure out what you want to achieve and enjoy the entire journey.

In the sixth film in the Rocky franchise, Stallone gives one of the most inspirational speeches of all time. He starts with, “The world ain't all sunshine and rainbows,” and goes on to talk about the value of hard work and commitment. “It ain't about how hard you hit, it's about how hard you can get hit and keep moving forward.” The takeaway? Even when your back is up against the wall, winners never give up!

In this commencement speech, Denzel Washington speaks about how nothing in life is worthwhile unless you take risks, adding that when you fall in life, fall forward. He speaks of embracing failure and using it as a chance to learn.

This is especially true when it comes to being an entrepreneur. The most important thing isn't winning or losing, it's getting out there and giving it everything you've got!

10. Yoda – The Empire Strikes Back

Ok, you can't have a list of inspirational speeches without at least one offering from Yoda!

In this speech from Star Wars Episode V: The Empire Strikes Back, Yoda is teaching Luke about the ways of the force. The key teaching? Whether or not something can or can't be done is all in your head and your heart. If you believe in yourself, anything is possible!

The takeaway? In the words of Yoda, “Do or do not. There is no try.”

These 10 inspirational speeches touch on three main themes. It's important to love what you're doing. Failure is only bad if you don't learn and continue to move forward. And finally, you need to want it!

Life is hard. If you want something bad enough, whether it's a job, a relationship or a successful business, you need to prove it! 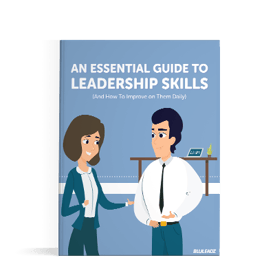 Learn the skills and traits of an effective leader, and become one today!

What Makes a Speech Inspirational?

An inspirational speech will create a positive emotional experience for the audience that will resonate with them. Similarly, a motivational speech can inspire an audience by motivating them to take action on something.

What Are the Qualities of an Inspirational Speaker?

To be a great inspirational speaker, you should have:

How Do You Write an Inspirational Speech?

It's important to know who your audience is and what your message is going to be when writing an inspirational speech. Use should also employ storytelling techniques to evoke emotion into your speech.

Who Is the Most Motivational Speaker in the World?