Salespeople often get a bad rap on TV and in the movies. We've all seen how they're often depicted as ruthless, or corrupt, sometimes even sappily corny!

But there are also plenty of movies and shows that capture the passion, energy, and ambition you need to launch a successful career in sales.

Cinematic portrayals of salespeople are usually entertaining and explore their inner workings, from human flaws and failings, to hilariously outrageous schemes and rousing pitches.

The truth is, once you get past the obvious stereotypes, these movies and TV shows can help to not only entertain you, they'll teach and inspire you as well!

5 Sales Movies Every Salesperson Should See

Each of these movies are not only entertaining, they offer a glimpse at what it takes to be a successful salesperson, from the ability to accept change, to the benefits of a positive attitude and focus. Check out these five classics:

Starring Dustin Hoffman and adapted from a play by Arthur Miller, Death of a Salesman is the tragic story of Willie Loman. Tragic in almost every way, Loman's story reminds us that sales is a high-pressure, relentless game that's not for everyone.

Miller uses door-to-door sales as a metaphor for the failure of the American Dream. Death of a Salesman is a portrait of a man whose inability to change leads to his ruin. This is the classic sales story, change or die..

Another classic sales movie, this one stars Richard Dreyfuss and Danny DeVito as competing aluminum siding sales rep in 1963 Baltimore.

Their rivalry escalates along with their attempts to get even. The movie takes place around the time when the newly formed Home Improvement Commission in Baltimore brought the hammer down on corrupt sales practices.

“Tin Men” captures the end of an era with wit and humor. A quaint look at the past practices, that gave sales a bad name.

Glengarry Glen Ross is David Mamet's intense masterpiece that follows a group of desperate salesmen in a Chicago real estate office. The intense dialogue introduced the phrase that strikes fear into even the most grizzled salesperson who ever tried to finalize a deal, “Coffee is for closers.”

Kevin Spacey plays the cold-blooded manager who doles out prospective sales leads, but it was Al Pacino's Oscar nominated performance as Ricky Roma that stole the show.

The scene where he manipulates a naive client into buying acres of worthless land is horrific and exhilarating!

Yes it's entertaining and the duo of Chris Farley and David Spade are absolutely hilarious, but there's more to the story than humor. After the death of his father, Tommy Boy must save the family factory.

Behind the sophomoric fat-jokes Tommy Boy actually shows the birth of a successful salesman. Under pressure to generate enough new business to keep the factory afloat, and keep the old customers happy, Farley gradually learns that connecting with customers is about more than slogans and handshakes; it's about listening and responding to their needs with genuineness and humanity.

While Death of a Salesman presents sales as a symbol of futility, Pursuit of Happyness is an inspirational look at sales as a positive life-changing profession.

Will Smith's Oscar nominated performance as Chris Gardner, a salesman who, after a series of bad financial breaks find himself and his five-year old son homeless.

After landing an unpaid internship at a brokerage firm, the film follows his unwavering pursuit of a better life, despite constant difficulties and setbacks.

The lesson, perseverance, focus and a positive attitude can get you far in life, and in sales!

4 TV Shows that Salespeople Will Love

These 4 TV shows can offer salespeople plenty of inspiration, along with some great tips on strategy and closes. Check out these four great shows:

This is an original comedy in six-parts produced by the BBC, set in Britain in the 1980's that tells the story of a “double glazing showroom” in Essex in 1983.

Led by salesman Vincent (Ed Westwick), he's charismatic, smart, handsome and confident, and will happily break the rules if it closes the deal.

According to the BBC, “it's a story of dodgy shenanigans, scams and petty rivalries – alongside free flowing drugs, cash and sex.” But it's also a look at the evolution of sales.

In 1983, the means of generating leads came down to charm, wit, perseverance, and a little “stretching” to close the deal. It also shows the power of ambition and competition in creating a top salesperson.

This one is worth watching, just because it stars “The Rock”, Dwayne Johnson. He plays Spenser Stratsmore a retired NFL player with a black mark against his financial planning license, and a pill habit.

He spends his time trying to convince football players not to blow all of their money, which turns out to be pretty difficult. The show is based around two salesmen and there are plenty of lessons learned in every episode.

But no matter what happens, they always close the deal, working around even the most outrageous objections. This is a great show to watch on Sunday night to get you pumped for the office on Monday!

This reality show features NYC's number one broker, Frederik Eklund. Frederik sells over one billion dollars or real estate a year in countries across the world.

Salespeople can really learn a lot from watching him on this show. He's uniquely himself, and his quirky-ness gets him plenty of business, in spite of his uniqueness.... But the fact is, he's an expert, no one knows the industry, or New York like him.

He's a perfect example, of a thought leader, and the importance of knowing your market.

This show is about Harvey Specter, a lawyer with an unconventional legal partner. Both are straight up problem solvers and everything that gets thrown at them they solve.

Typically using unconventional methods that benefit their clients. Salespeople will love this show! It's all about selling defendants, juries and judges on their way of thinking. The show features some good word tracks and closes that you can learn from. It's guaranteed, you'l learn about your craft from watching this show!

Salespeople can learn a lot from TV shows and movies about their craft - everything from how to improve your performance to what not to do if you want to sleep at night!

But seriously, TV and movies are often a stereotypical reflection of how the sales profession is perceived by society. The fact is, it's entertaining to watch, but if you watch closely, you just might learn a few things that can take your performance to the next level! Happy watching! 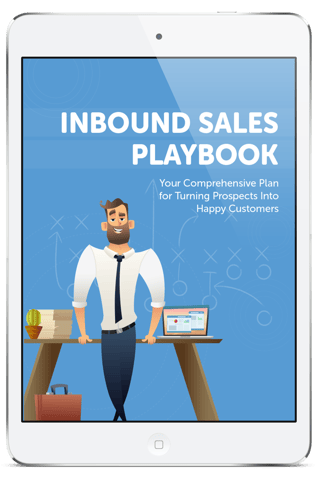 Time to Take Your Sales to the Next Level