You can have the most reliable and skilled sales team. But the reality still remains that in order to do their jobs as efficiently as possible, they need to have all of the technologies and resources to do so.

This is exactly what happened with a tech company who was looking to incorporate as many tools as possible from HubSpot’s Sales Hub into their processes — and to expand their usage as they grow their business without the need to integrate a myriad of additional applications.

The client is a startup tech company that offers artificial intelligence-based billing solutions for accounting firms. Specifically, they automate processes, such as keeping track of accounts payable and receivable, as well as payment reminders, billing options, and provide secure payment portals.

They already had their sales team on HubSpot, but they wanted to have support from an agency with expertise when conducting a HubSpot portal setup. They also wanted to see how to best implement these tools as they scale their company.

The fact that the client was already using HubSpot made things infinitely easier. Their teams were familiar with the interface, so it was a matter of showing them around items they were missing on the sales hub and how to incorporate them into their strategies.

We started by conducting a HubSpot audit to verify whether they were optimizing the use of the platform. We then created properties and marketing automation through workflows that align with their specific goals.

We also implemented the Teams feature inside their portal to simplify their reporting as their company grows. For example, every time a business development representative is promoted to account executive, or an AE is promoted to account manager, their permissions would automatically update when they were assigned to a new role.

In addition, we attached each of their products to deals and proposals to help them shorten the sales cycle.

The reason why this audit proved to be so valuable is that people don’t know what they don’t know. You may be thrilled with certain technologies, but may be unaware of how to optimize their use — and failing to learn is the equivalent of leaving money on the table. Plenty of it.

Discussing the client’s needs and reviewing how they were using the software helped us identify where leads were falling off the radar so that we could prevent that from continuing to occur. We then tweaked their automation to keep them engaged as they went through the sales funnel.

We took a look at the client’s sales goals and created custom dashboards to track the metrics that were most important to them.

These included unique website visitors, sources of inbound leads, time from the moment forms were completed to when a sales person reached out to the leads, weekly opportunities, number of calls, and call outcomes and results.

How HubSpot Is Helping Them Grow

They needed the project completed by the end of the month in which they signed their contract with Bluleadz, and we delivered. This was thanks to HubSpot’s wide array of tools and user-friendly features that get things done — easier and faster. And most importantly, with the guidance from a thorough HubSpot audit that created the roadmap to follow. 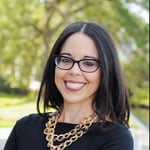 Alejandra Zilak is a content writer, ghostwriter, blogger, and editor. She has a bachelor's degree in journalism and a Juris Doctor. She's licensed to practice law in four jurisdictions and worked as an attorney for almost a decade before switching careers to write full time. She loves being part of the Bluleadz team and implementing SEO best practices with her content. When not working, she loves to read, write fiction, and long distance running.